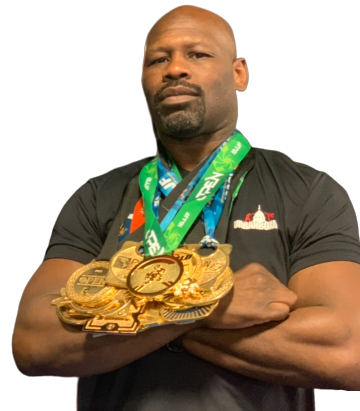 Our Brazilian Jiu-Jitsu instructor Isaac July Jr. is a 4-TIME WORLD CHAMPION practitioner who is regarded as one of the best American competitors to come out in the recent years. Isaac July Jr. is a highly accomplished black-belt who runs our both Gi and No Gi program.